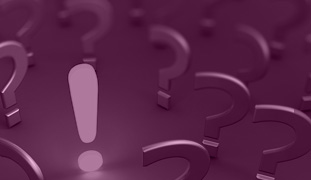 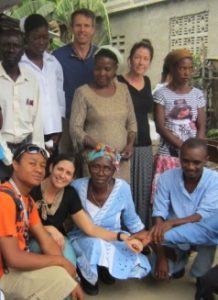 “We were asked by Jen Burns to help carry several bags of goods donated by a school in Phoenix for children in Haiti. Little did we know that it was nearly one-thousand pounds of school supplies, backpacks and school uniforms. Once arriving in Haiti, we had to pack out supplies into an already loaded jeep and get ourselves inside for the 4-5 hour drive to Hinche, in the center of the country, outside of still damaged Port au Prince.

The school supplies were donated to a local community in their makeshift structure that doubled as a church and school.  It was nothing more than some branches nailed together, wrapped in tarps from USAID. To us, it seemed like a fort we would have built in childhood. To them, it was a fully functioning facility, providing to a community that had nothing. The look on the children’s faces who received the supplies was absolutely priceless, but the look on those who didn’t get anything was just as heart breaking.

The next several days were spent in mobile clinics, where trained midwives were doing pre and post natal checkups on pregnant women in remote villages. My wife Laura and I set up a small medical clinic for other villagers on a desk in the corner of the building. We ended up seeing some 70-80 patients each day and distributed medications that we had for anything from acid reflux to hypertension to intestinal parasitic infections.

The people were very courteous and grateful for anything that we could offer. Unfortunately, we were not able to offer enough to most people, but we gave whatever we could. While there, we went to a “feeding center” where children would be dropped off by parents who for whatever reason were unable to care for their children and would have the nuns feed them until they were stronger or until the parents had enough to feed them. There were children between several months to several years old that were both starving for food as well as attention. There were several children there who had signs of kwashiorkor, or protein malnutrition, similar to what we have seen in starving children in Africa. This was devastating to see in any child, let alone in a place less than a 2-hour flight from Miami, Florida.

A visit to the orphanage offered a more hopeful perspective as there were several “retired” priests there who have dedicated their lives to teaching orphaned children as well as other children who are interested English and computer skills. Their work with the boys was so successful that they have opened up a similar dormitory for girls right across the street. Several of our interpreters were taught English by these priests.

We made a decision to return and “help” at future times, but realized that we were “helped” probably as much if not more than those that we reached. Although our visit was significant to those we could help it showed the gaps in our ability to help more of the Haitian population. I started communicating with others in the US helping in Haiti at the Partners in HealthHospital in Mirabelais, and am trying to establish training programs for American Doctors who could travel to Haiti to receive training in their specialty while also donating time to train and offer knowledge to people in Haiti who can then help their struggling populace.

We plan on returning again this February for another trip to the clinics, feeding center, and orphanage, as well as a stop at the large teaching hospital in Mirabelais.”